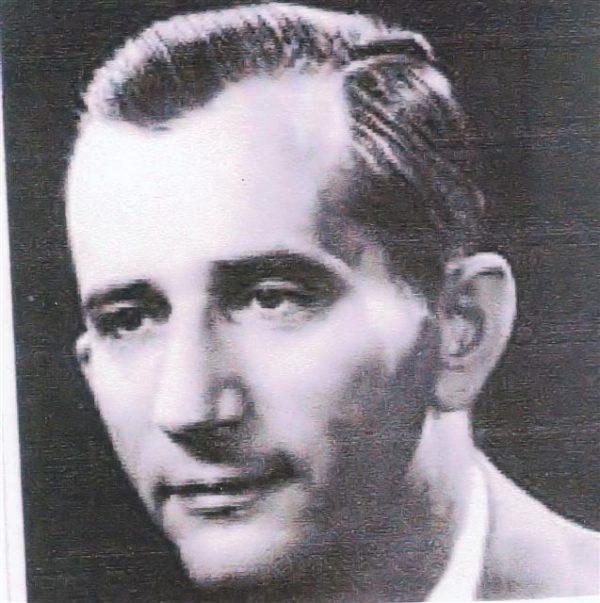 Connie Barriot Gay was born in Lizard Lick, North Carolina to John William Gay and Mary Etta Ferrell Gay on August 22, 1914.  He learned hard work early by helping his parents on their 17-acre tobacco farm.    He began his career as a farm extension agent in Caswell County, North Carolina.  From there he went on to become a major force in country music.

Connie B. Gay got his start in radio broadcasting on the Farm Security Administration’s National Farm and Home Hour in the 1940’s.  In 1946 Gay contacted Frank Blair, the program director of WARL in Arlington, Virginia and got a mid-day country show.  Gay took a percentage of the advertising revenue instead of a salary, and he registered the name Town and Country.  The trademark name, “Town and Country,” was instrumental in changing the image of “Hillbilly” music to a more “uptown” one.  WARL became the first urban radio station to have a full-time country format.

Connie B. Gay’s activities spanned TV, radio, and live stage shows.  These shows were produced under the Town and Country trademark.  On October 31, 1947, he booked the DAR Constitution Hall for two country shows headlined by Eddy Arnold.  Both shows were sold out with thousands turned away.  Gay started to work closely with Jim Denny, the general manager of the Grand Ole Opry, and probably the most important man in country music.  Through this connection, Gay was able to have the monopoly on Opry

acts for the mid-Atlantic region.  The following year, he gave 26 straight sold-out shows at Constitution Hall.  The shows were broadcast regionally by WNBW-TV and other NBC affiliates.  Gay was asked to take his shows some place else.  After that he took his acts everywhere, including amusement parks, the National Guard Armory, and county fairs.  In 1949 he promoted the Watergate concert which drew 15,000 fans and the Hillbilly Air Show at the Bailey’s Crossroad’s Airport (Fairfax County, Virginia).

Gay started offering weekend train tours to Nashville to visit the Grand Ole Opry.  In 1950 Gay teamed up with the Wilson Line and began “Hillbilly Moonlight Cruises” which operated on the Potomac.  Then in September, 1951, Gay staged a star-packed show at Griffith Stadium in Washington, D.C. which included Ernest Tubb, Lefty Frizzell, Carl Smith, Hank Snow, and Flatt & Scruggs.  The show drew a record 14,000 crowd.  He teamed up with Denny for a six-city promotion on New Year’s Eve, 1951.  In 1952, Gay joined forces with the Department of Defense to organize Special Services Road Shows to bring country music to other parts of the world.

Gay discovered Patsy Cline in 1954 at the National Country Music Championships in Warrenton, Virginia.  She made her TV debut on Gay’s Town and Country TV shows.  In 1957 Connie Gay signed the unknown Jimmy Dean.  Gay helped Jimmy Dean become a TV star and host of one of Gay’s TV shows.  He also helped Jimmy Dean to get his own show on CBS from 1957-1959.  The two went their separate ways in 1959.

Also in 1957 Gay had to face up to an increasing dependency on alcohol.  He withdrew from country music in 1959 to recover from his alcohol dependence.  He remarried in 1961, and his new wife put his money into more cautious investments.  At its height, Gay’s radio empire included Townand Country Jamboree, which came from the Capitol Arena, Washington, D.C. every week; Town and CountryTime which featured Roy Clark and was produced for RCA; and Country Style with Jimmy Dean on WTOP-TV in Washington, D.C.

Connie Gay sold his businesses and retired to homes in Florida and Virginia in 1972. The Washington Post reported his gross earnings to be $50 million.  Connie Gay died on December 4, 1989.  He is a true founding father of present-day country music.