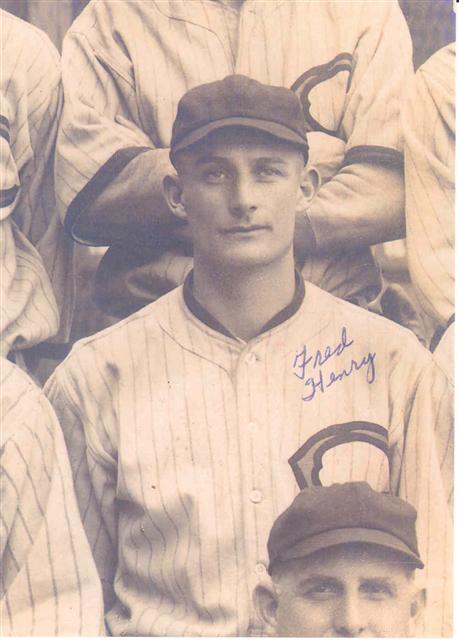 Fred Henry was born in Wendell on July 19, 1895.  He graduated from Wendell High School and left town looking for a chance to play professional baseball.

Fred started playing baseball in the Virginia League.  After two years he was sold to the Chicago White Sox organization.   One night at a banquet, a Washington Senator introduced Fred Henry as “Snake” Henry.  He called him that because of his quick and agile hands.  The nickname stuck with him for the rest of his life.

Fred mainly played AAA ball.  He had a .302 lifetime batting average in 24 Minor League seasons and collected more than 3,200 hits.  He won the award for most valuable player twice.  Fred did play 29 games in the Major League as a Boston Brave from 1922-23.  He was limited to a .187 average at the plate during this time.

During his career, Henry trained with or played against such baseball giants as Babe Ruth, Lou Gehrig, Ty Cobb, Lefty Grove, and Walter Johnson.  He was also friends with Joe McCarthy, the longtime manager of the New York Yankees.

Fred Henry married Mary Jane Martell in 1924.  She died in North Carolina in 1963.  Fred later returned to Wendell and married Elizabeth Johnson Dean in 1972.  In 1980 The Raleigh Hot Stove League presented Fred with an award which recognized his many years of good service to his community and his illustrious baseball career resulting in over 3,000 base hits.  Fred died on October 12, 1987.  He left behind many relatives in the Wendell area.